In order to stay ahead of the curve in the iGaming market, online casinos must offer their players a wide range of the most up-to-date games. But this is not the only thing important for operators. Each game has a parameter that both beginners and experienced players pay attention to – the return percentage of the slot or, in the language of the casino, the RTP parameter. The higher it is, the higher the players rate their chances of winning.

What does RTP mean in gambling

RTP or Return-to-Player is the percentage of the total amount of bets in the slot, which the slot, either  online or offline, returns to the player in the form of winnings.

What is sometimes also referred to as the player payout, shows the percentage ratio of winning bets to overall bets.

For example, the RTP of a slot machine is 97%. If a player makes a large number of bets with the same bet of 1 EUR, then, in theory, in each game it will turn out that they win 0.97 EUR. The remaining 0.03 EUR goes to the casino.

In practice, however, the theoretical RTP differs from the actual one. The odds of winning while playing slots are made up of many factors, such as hit frequency (the chance of winning on any given spin), bonus frequency, the maximum possible win, variance, and volatility.

Therefore, the provided payout percentage is a theoretical indicator of how much a slot machine or casino will return to a player in the long run. In addition to RTP, there is also the concept of House Edge. The two are often confused, so let’s find out what the difference is between them.

The difference between RTP and House Edge

As we already know, the RTP is the percentage of the total amount of bets in a particular game, which the casino returns to the player in the form of winnings. The House Edge is, essentially, the percentage of the total amount of bets that the online casino keeps or the player loses. That is, if the RTP for the slot is, for example, 96%, then the House Edge will be 4%. The term is part of the popular saying  “the house always wins” where, in the short term, players can actually win against an online casino, but in the long term the sum of money they bet exceeds the sum they win.

Let’s look at an example in which the player consistently receives their 96% win every game round. The player makes an initial bet of 100 EUR on an online slot with an RTP of 96% and wins 96 EUR. They wager this 96 EUR in a new round and get back their 96%, namely 92.16 EUR. The bottom line is that the player spends their initial budget little by little, and the casino takes its 4% from each bet.

Who determines the RTP

Now that we know what RTP stands for, let’s have a look at who sets the return to player value. When a game is developed, the game software developer adds a random number generator (RNG) to the program. This guarantees that each game round is not predetermined and is, in fact, independent. This RNG is tested for randomness by an audit lab such as BMM, iTech Labs, or eCOGRA, to name a few.

After that, the developer can use this RNG for games. Both the audit lab and the developer, using a licensed RNG, can activate audit programs that run hundreds of thousands of spins in a short period of time. The RNG algorithm used is what determines the game RTP.

Who can influence the RTP

One of the most frequent questions asked by players and operators is whether the RTP can be adjusted to the needs of the particular operator or whether it remains unchanged.

To set the record straight, once the game developer assigns the RTP to a game, no one else can change that setting. This means that neither player, nor operator can tamper with the game payout.

In very rare cases, the game developer will build the game in such a way that provides variable RTP settings. Though this is more common for offline slot machines and game cabinets. While in offline slots the variable RTP can be set by the casino operator, for online games, the game provider remains the single authority for game RTP.

How to calculate the RTP 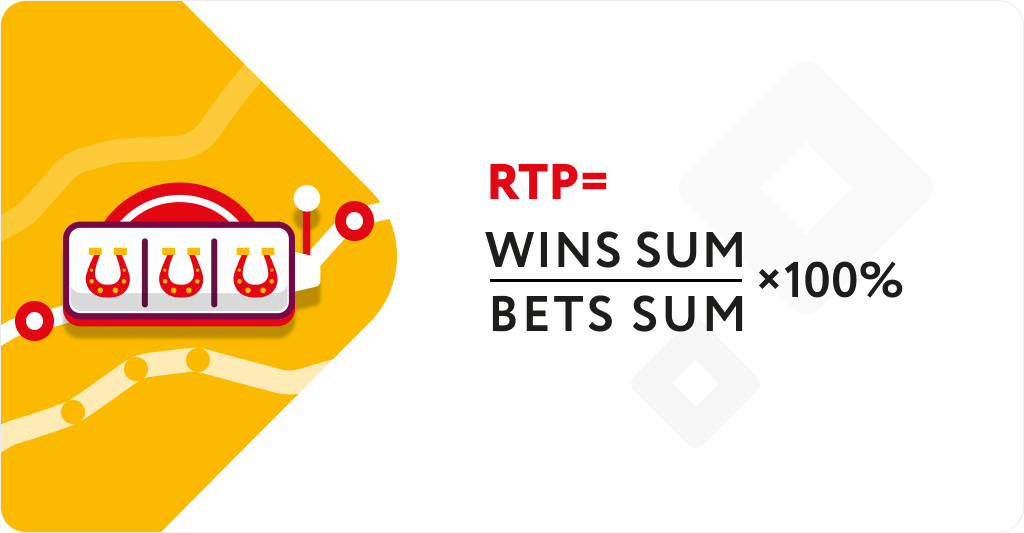 To calculate the RTP the player’s total winnings are divided by their total bets and multiplied by 100% to get the RTP in percentage.

How to find the slot RTP

For anyone wondering what the RTP of a particular game is – the answer is quite straightforward. Visiting both online casinos and land-based casinos, a player can simply google the name of the machine they want to play or the name of its manufacturer or game studio adding the RTP acronym to their search. By doing this, the player may notice that online RTP is always higher than offline RTP. Why is it so?

Online slots have a higher RTP compared to offline slots because the costs of online casinos are much lower. Online slots are cheaper to maintain, and they have less overhead cost: basically, just monthly game royalty, or a percentage of the slots turnover that the operator pays to the game vendor.

There are hundreds and even thousands of online slots, since online casinos are not limited by the size of the premises. An offline casino can accommodate a certain number of physical slot machines, which require installation, periodic setup, repair and maintenance costs.

As we wrote above, there are many factors that determine the chances of winning while playing slots. RTP is far from the only one. Another important factor is volatility.

Volatility, also called dispersion, shows how often and how much winnings can be won in a particular slot game. Volatility can be low, medium and high. Slots with lower volatility are programmed for more frequent but smaller wins. Slots with higher volatility have a high payout rate and promise big wins, but there are few small and medium wins in such slots.

Variance is often mistaken for volatility, but they are different concepts. Variance shows the deviation from the RTP, namely the difference between the player’s expectations and their results.

Variance characterises a certain slot at a particular moment in time – whether it is possible to win on it often or not, even despite its volatility indicator. Let’s look at an example.

If the RTP of an online slot is 96%, then the player expects a return of 96 cents from each 1 EUR bet. But since the payout is calculated based on several million bets (spins), the player will receive the specified RTP only by placing the total number of bets included in the calculation cycle.

In addition, the change in player payout can be influenced by the total number of players in one particular game or the fact that several thousand players can play one slot at the same time.

The change in RTP relative to bets made by players is variance.

The real RTP indicator changes at different time intervals, unlike the theoretical one, which is fixed by the developers for a certain online slot. For example, if a player checks the RTP on a specific slot in one round, they may notice that during a winning round, the momentary payout can be more than 100%, and under 100% on a losing round.

Who does the RTP really matter for

Given that RTP is a theoretical indicator and does not affect whether a player can actually have a big win in the game, who actually cares for the RTP of any given game?

Most often than not, RTP and volatility matter for players who play regularly. Payout values usually influence their strategy and they will look for game vendors that offer games with a higher payout. Of course, it is unlikely that the player will match the stated RTP in a single gaming session, but over time the actual and theoretical RTP will even out.

The RTP set by the developer on the slot cannot be 100% or more, because it is unprofitable for the operator and the game provider. As a result, a casino operator has to walk a fine line between offering and promoting games with a high and low RTP. A higher payout percentage may not be so beneficial for the operator, but serves to attract players, while a lower one provides profit, but is not so popular among players.

Therefore, the operator should offer a wide range of games so that each of the parties (casino and player) can get what they want. But even in a situation where the operator chooses games with a lower payout, luck cannot be excluded. For example, if the stated RTP on an online slot is 95%, but several players received very rare winning combinations at high stakes, then the actual payout rate for them can be over 100% or even 200%. In order for the actual RTP to match the theoretical one, many more rounds must be played.

However, a recent big win does not mean that there will not be big wins again in the near future as the winnings of each new round do not depend on the previous one.

It is worth clarifying that RTP is objectively important when two identical or almost identical slots are compared.

Many factors influence the pace of casino business development and its success. One of the main ones is the correct game content, which is added to a branded online casino either through direct integration with a game provider or integration with a game aggregator. Here are a few examples of games with a high RTP, which increase the demand for online casinos among players.

RTP – 97.1%. Fruit Million attracts the player with Stacked symbols, Expanded Wilds and impressive 100 paylines. In addition, the game increases the player’s winnings through the gamble round and multiple skins for popular holidays: Christmas, St. Patrick’s Day, Halloween and even Oktoberfest. 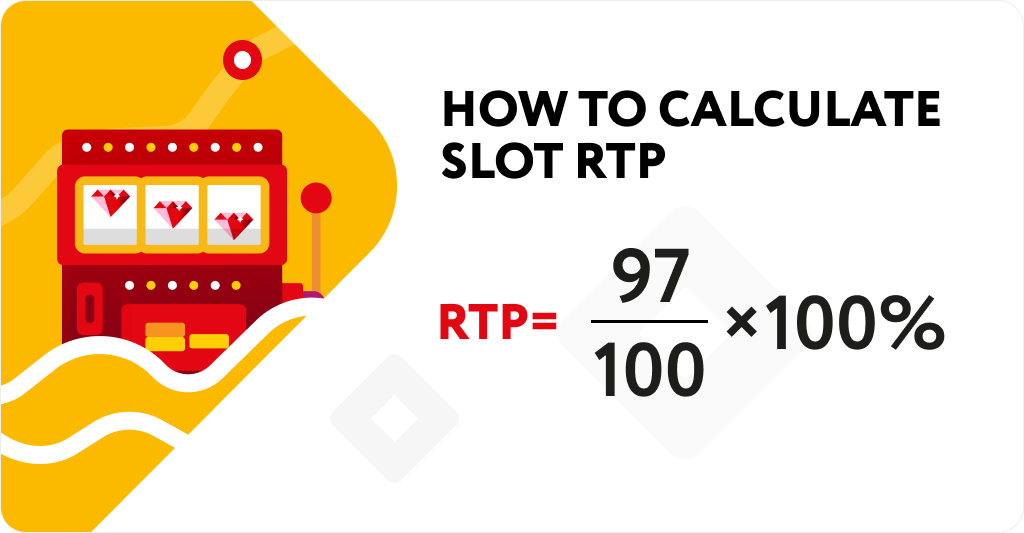 96.69%. The bonanza version of the game offers the mechanic of exploding stones, which effectively continues spin and gives the possibility of big wins, as well as the Chance x2 feature. In addition, Free Spins have a multiplier that will allow the player to increase the winnings up to 100 times.

RTP – 96.69%. The player can accrue payouts not on 10 or 100 lines, but on the basis of 11,000 combinations. Although the theme of the Aztecs is not new, this mechanic pushes the game into a new and sought-after segment of the games on the gambling market.

Any player, from beginner to pro, may need to know the RTP percentage. A clearly marked RTP in the characteristics of a gaming slot will increase the level of confidence of the player in the online casino, as it gives them an indicator of their chances to win. At the same time, it is up to the operator to find the middle ground between offering up high RTP and lower RTP games to their players.

Operation and Marketing
What is RNG in iGaming?
Randomness is the heart of gambling. In a game of chance, players rely on luck, or randomness, to determine a game’s outcome.   In...
Operation and Marketing
Affiliate Marketing: Why It Works Best for Online Casinos
While there are different ways to promote an online casino, affiliate marketing has deserved its status of the most effective. Of course, SEO,...
Operation and Marketing
Top 10 Online Casino Game Providers in 2022
If clothes make the man, games make the casino. There is no reason to overlook the backbone of an iGaming project, its platform,...
Back
We use cookies on our website to give you the most relevant experience by remembering your preferences and repeat visits. By clicking Accept All, you consent to the use of ALL the cookies.
ManageAccept All
Manage consent
SAVE & ACCEPT
This site is registered on wpml.org as a development site.