According to the SoftSwiss Game Aggregator Q1 2021 corporate report, “the Total Bets and GGR has increased nearly threefold in Q1 2021, compared to the same period back in 2020”, said Andrey Starovoitov, COO at SoftSwiss. The overall tendency is that the iGaming market keeps rapidly expanding. The SoftSwiss Game Aggregator has for one seen steady growth in the number of brands. 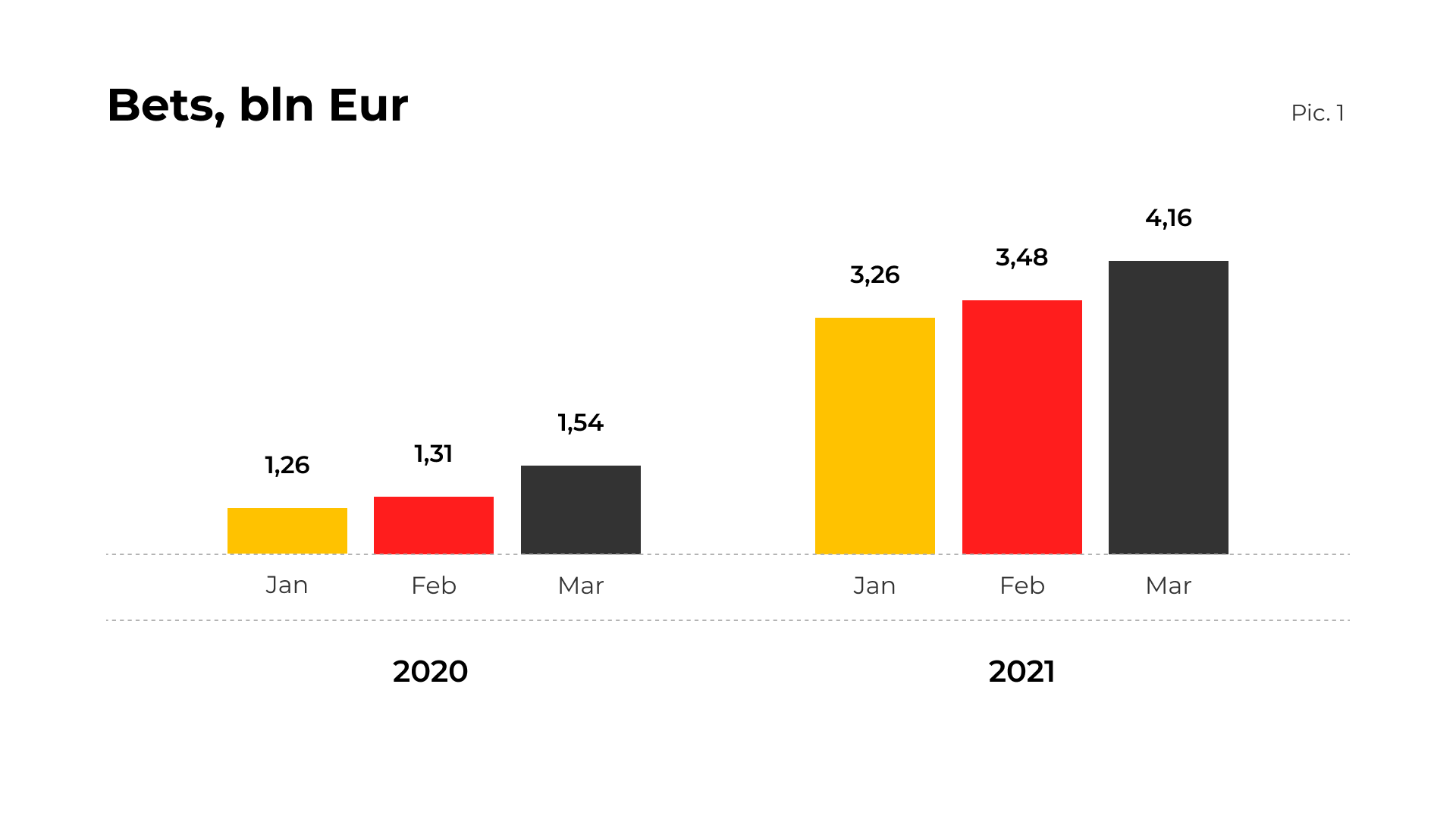 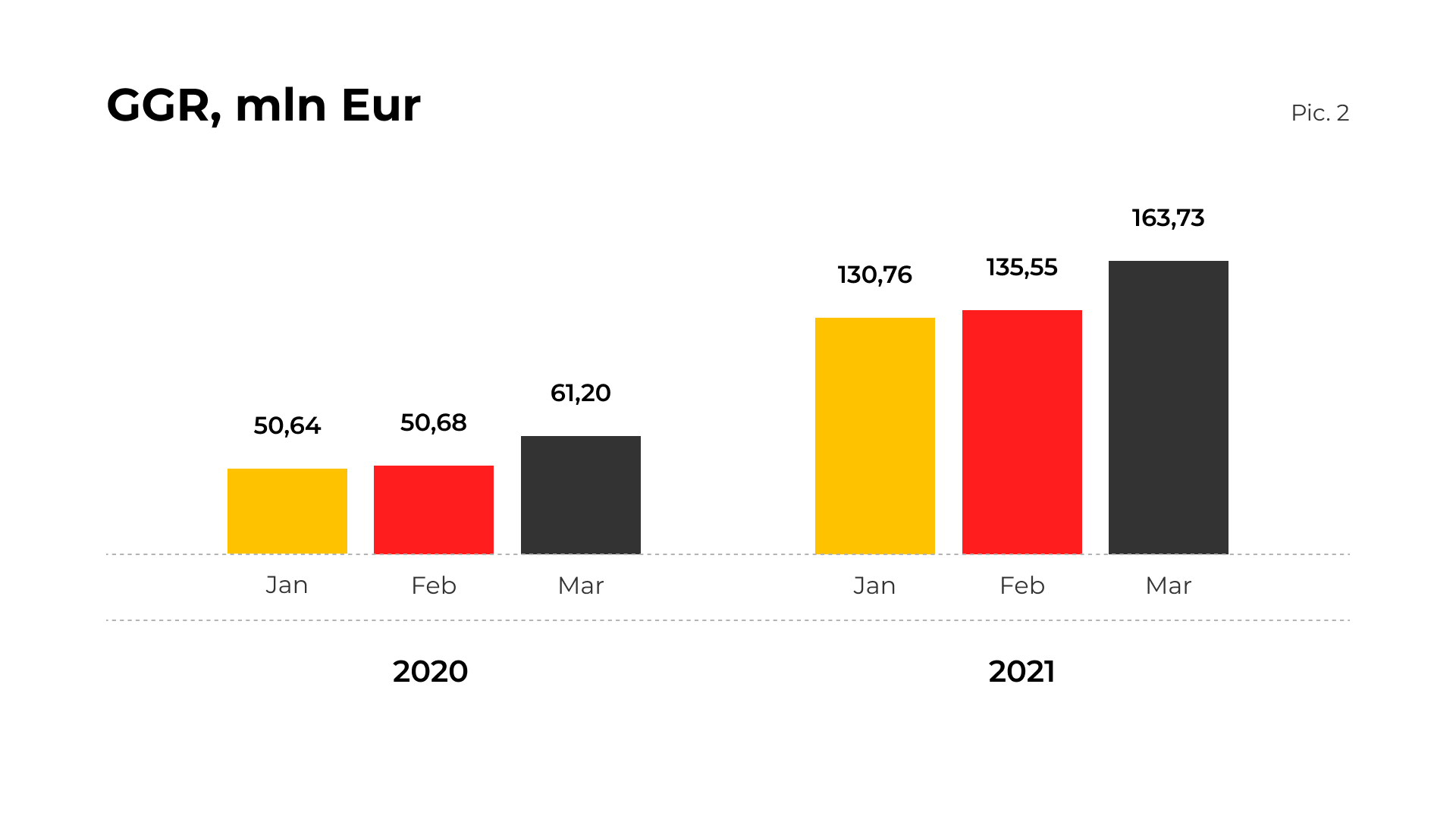 The Q1 2021 report further states that the top currency remains Euro (pic. 3). Furthermore, the volume of transactions using bitcoin has grown by enormous over 1000%, despite the fact that bitcoin lost its position within the top-3 currencies. This suggests that the use of bitcoin is increasing, with fiat currencies, however, remaining at the top of the game. Country-wise, over the past year, all regions were actively growing in volume of bets, however the growth rates of the CIS region were not as high as those of the rest of the world, for example of Western Europe. 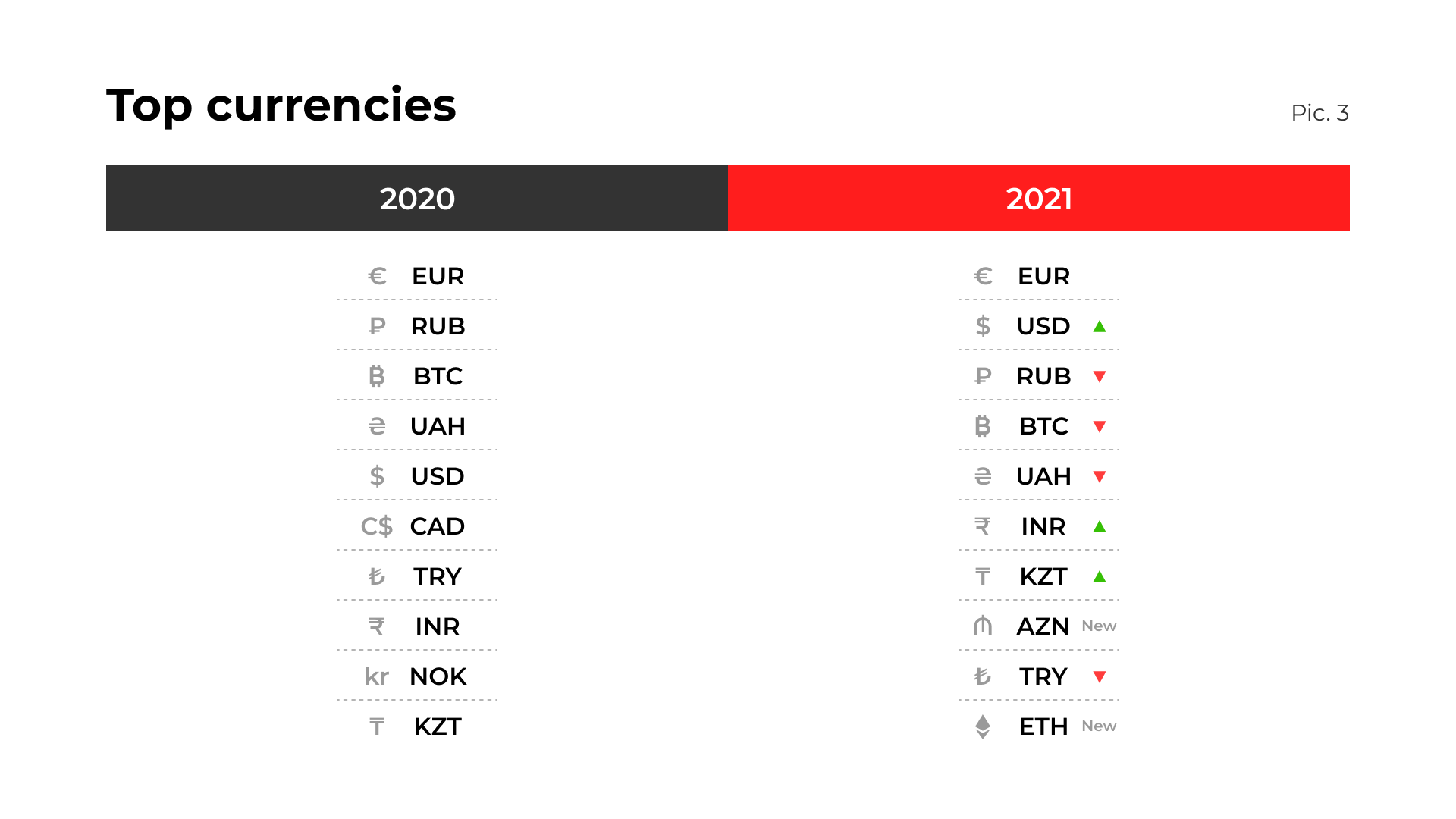 The CIS region is generally a very large market for the SoftSwiss Game Aggregator, however, it faced certain difficulties with the operation of payment methods in Q1 2021. Hence the volume of bets ended up decreasing slightly, with the overall market share experiencing a significant drop from 22% in Q4 2020 to 15% in Q1 2021.

Nonetheless, traffic volumes throughout the CIS region are growing, with the leading territories being Russia, Ukraine, Kazakhstan and Azerbaijan.

Statistically (based on general data of players ranging from 18 – 70 years old shown in pic. 4), the average age and gender remain largely stable with a rather wide age range being 21-41 years (i.e. the average player age being 34 years). The majority of the players tend to be male which may be seen in the pic. 5. 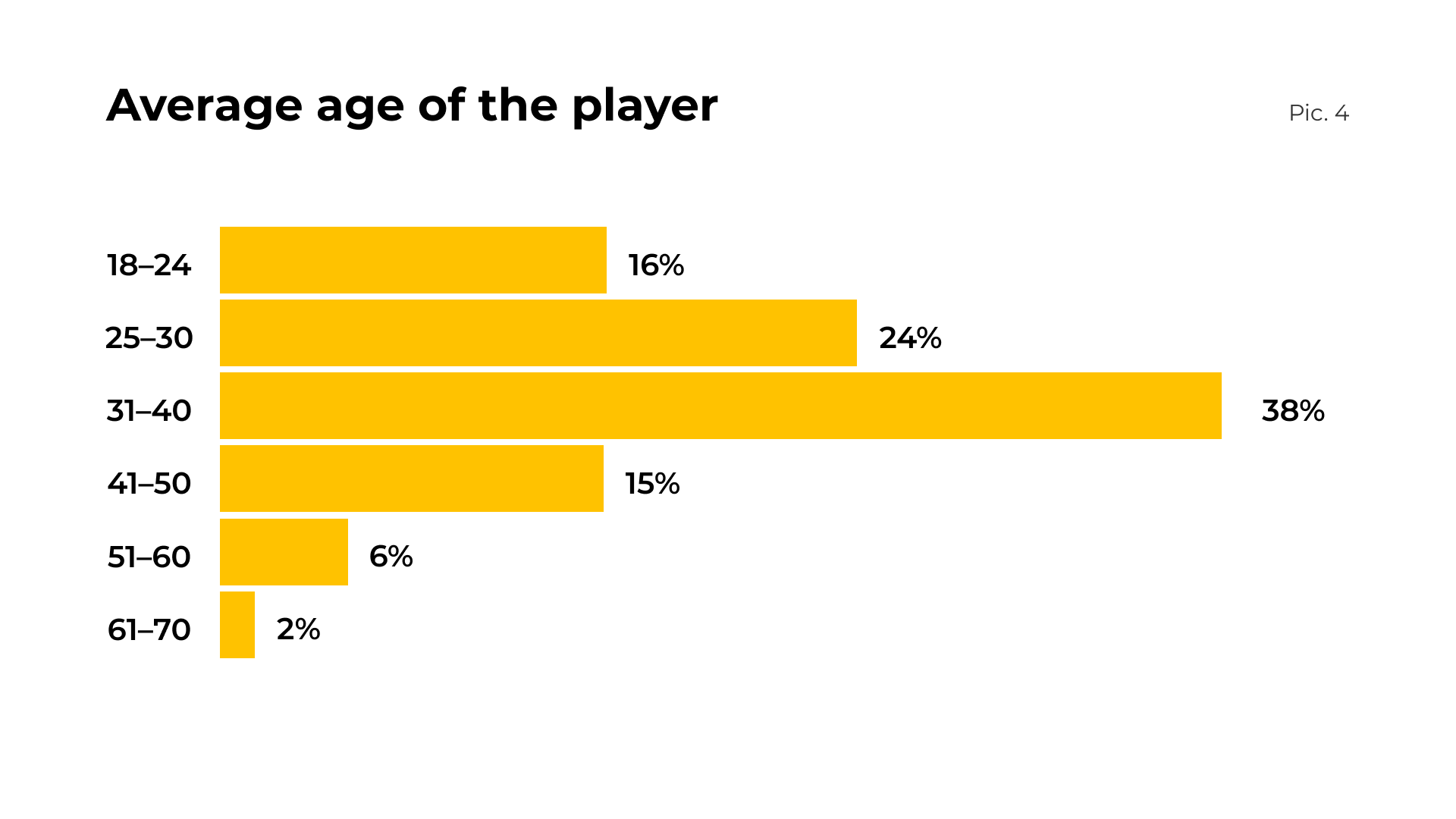 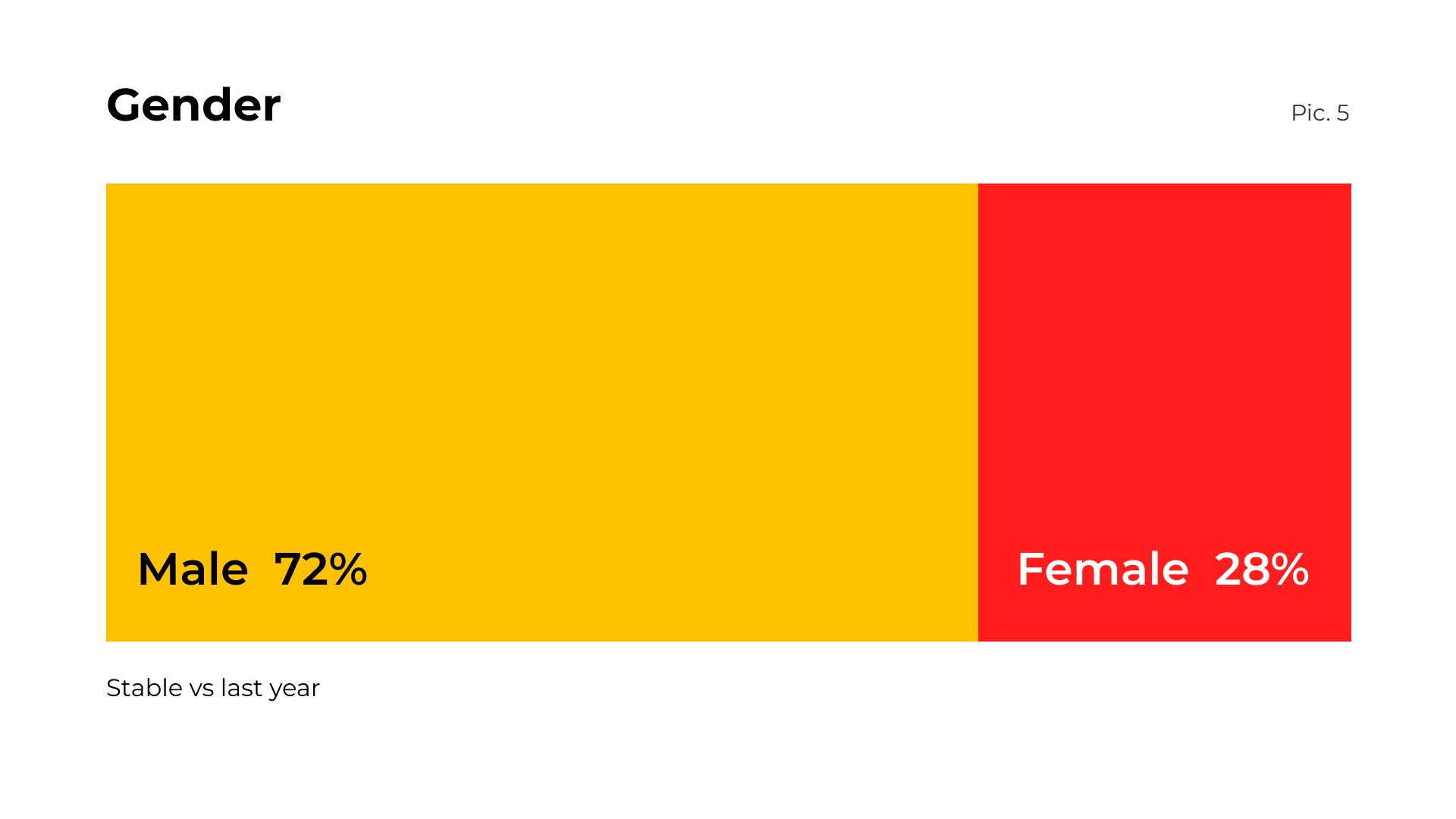 Finally, the Q1 2021 Game Aggregator report also shows that the share of desktop usage is declining in favor of smartphones (seen in pic. 6), which is most relevant to the current global trend, forced by the COVID-19 pandemic. Tablets seem to occupy their small but stable 5% niche. 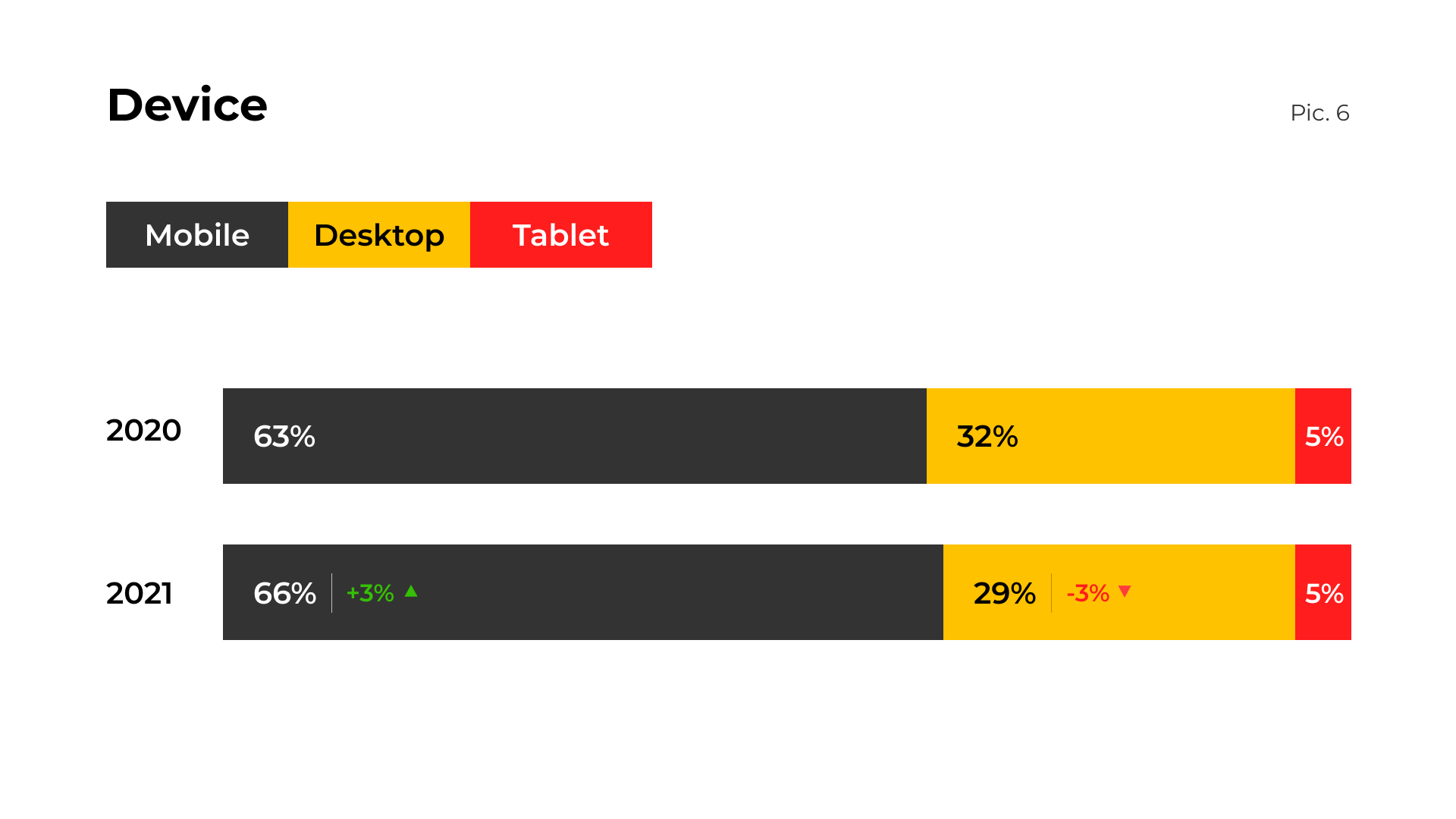 According to the statistics, 6 out of 10 most played game titles appear to be live games, while the remaining 4, like Fruit Party by Pragmatic Play and Book of Dead by Play’n GO are being slot games. Sweet Bonanza by Pragmatic Play remains a permanent leader in slot games category. The most popular live game is Lightning Roulette by Evolution.